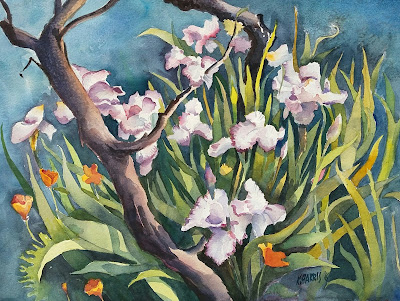 Can't believe how fast time goes. As I am writing this, spring is in full bloom. The white Irisis I saw at the Castoro Cellars in Paso Robles, central California. I took a photo with my phone and then painted this painting after I returned to southern California. 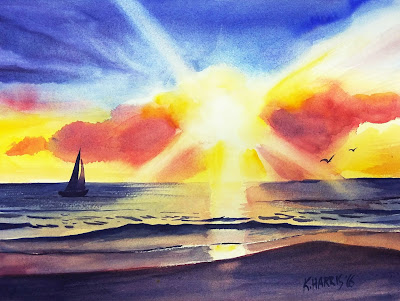 The above painting is really a concept painting for another project. The concept was not accepted, so I put the boat and birds in to make it peaceful statement. 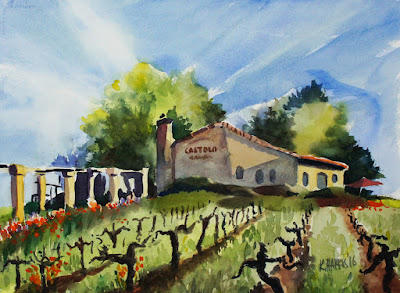 I started this painting at the end of the day on location at Castoro Cellars in Paso Robles, California. I quickly brushed in the color and established the lines of vines pointing to the building. I finished it the next morning from a photo I tok on my phone. 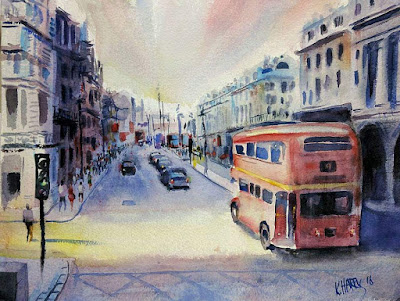 This is a cityscape of London from a photo I took when I was there a few years ago. I took tracing paper and put it over the photo and with markers created a new value scheme, different form the photo. I then used this new value pattern composition to create the painting. For example I have late afternoon light shining through the street and lighting up the bus. I darkened the values of the buildings in shadow on the left and the cast shadow of the bus. 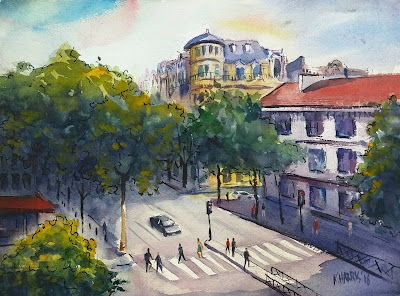 The watercolor above is a view from the Coulée verte René-Dumont in Paris, France. I painted it in June of this year, 2016, from a photo I took three years ago when I was there. I used pen and India ink in this watercolor. 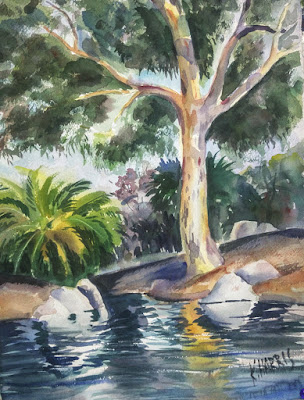 The Gum Tree above is located in a local park near my home. We have different kinds of Gum Trees growing through out California; imported years ago from Australia. I started this painting on location and finished it in my studio. 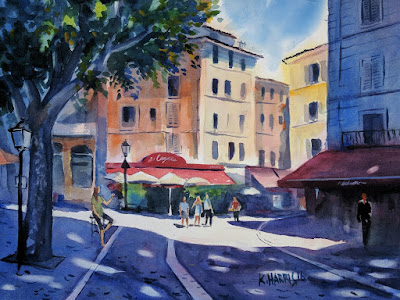 The above painting is a version of a painting of Aix-en-Provence that I had previously done in my sketchbook. This version I did on Arches French watercolor paper. Once again I manipulated the value scheme. 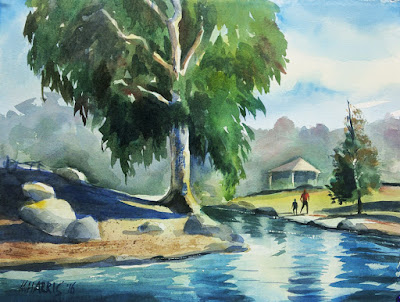 This is a recent panting I did in early June, 2016, at a park in southern California. It is of a Gum Tree, by a lake in the late afternoon. I started the painting sitting on a bench at the park and finished it at my office the next day. There is great value in developing your skill as an artist by painting on location. You learn about light and how it visually affects nature.