Below are a few new paintings to start 2016. The painting of the Farm House in San Luis Obispo,directly below, was from an idea in my sketchbook. I turned it into a half sheet watercolor (15" x 22") The second watercolor was a commission. It is of an American Veteran's memorial in Orange, California. It is a quarter sheet and measures 11" x 15". 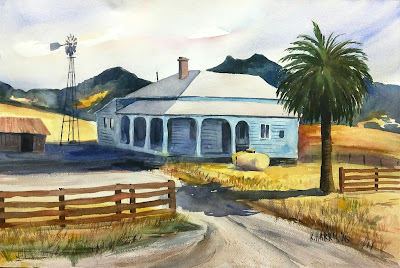 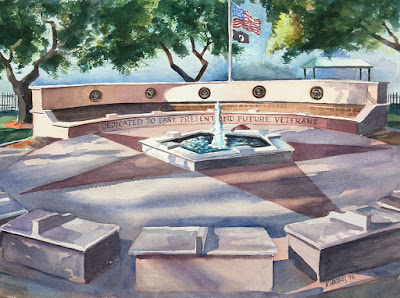 This is of a train station in Putney, UK. It is the East Putney Station. I painted it because I have used this trim station a few times. Some of my work is available to purchase at: https://www.etsy.com/shop/KenHarrisWatercolors?ref=hdr_shop_menu 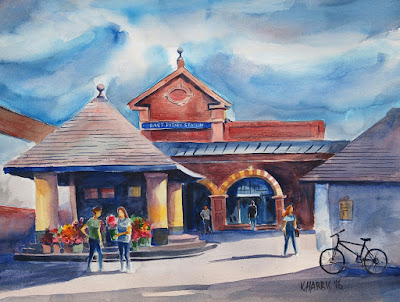 Crystal Cove is a State Park on the Orange County Pacific coast. It has a collection of old vacation cabins from the early half of the 20th century. A few movies have been filmed here. Below is a recent watercolor of Crystal Cove, which I have painted before. 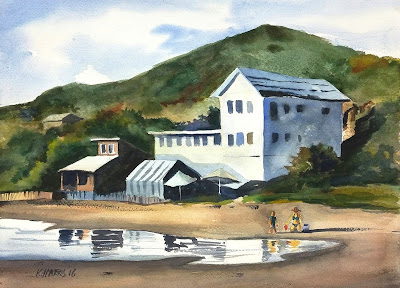 Another watercolor of Newport Beach, CA. Someone said it looked Turner like. it does but the sky was like turner and I did not create that. I just tried to paint it. Maybe that was what JMW Turner was trying to do in his watercolors. 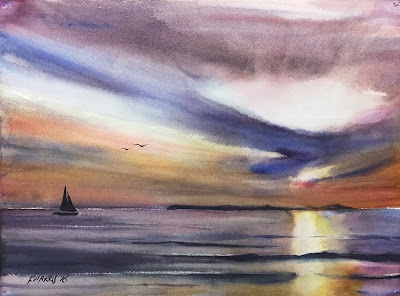 Posted by Ken Harris at 1:05 PM No comments: